More than eighty percent of adults believe that they’re at risk when it comes to security on social media. 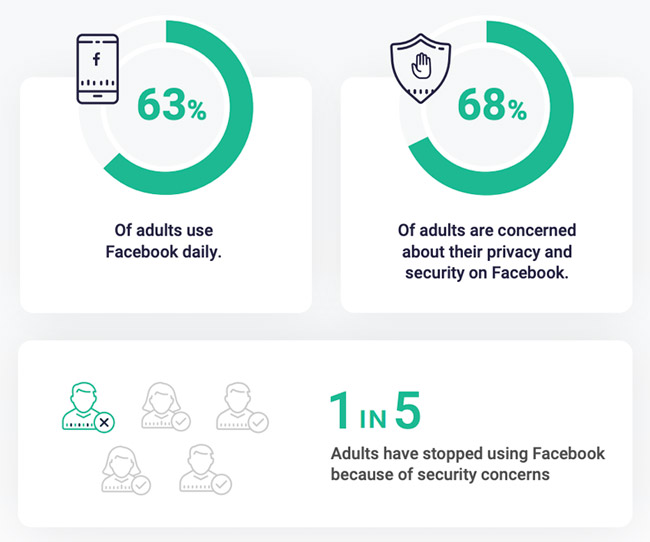 Most American adults are using at least one social media platform daily, and three-quarters are interested in protecting themselves and their privacy, according to the 2019 Study on Social Media Privacy and Security Concerns released by ID Experts.

Tom Kelly, president and CEO of ID Experts, commented, “What we’ve learned is that the majority of Americans today are concerned about social media privacy. Their level of concern does not change based on age, gender, ethnicity, socioeconomic status or political leaning. It’s amazing how so many ubiquitous forums can be the hubs of thriving social lives but also the source of so much unease.”

Risk on social media takes many forms, but respondents ranked malware and phishing as their greatest concerns, with 82% of adults expressing concern for these threats. Nearly eight in ten adults (79%) are concerned about account takeover, which occurs when someone gets access to your account to post content and lock you out.

78% are concerned with account impersonation as well as bots used to steal data or send spam. 3 in 4 adults are interested in assistance in detecting and taking down fraudulent links and fake social media accounts. 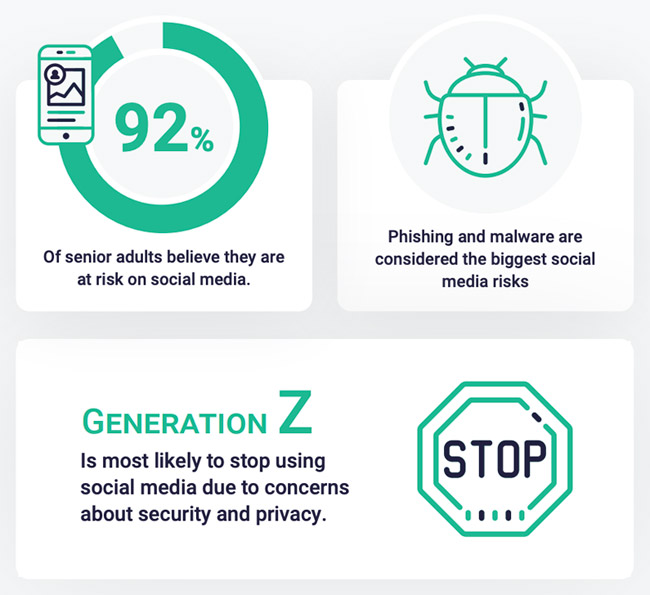 The vast majority of adults believe that children, teens and seniors are at risk on social media, and over half rank those groups as highly at risk. 92% of seniors (65+) consider themselves at risk when it comes to security on social media, but for younger adults, the risks don’t feel as personal, though 89% of Generation Z (ages 18-21) said they believe teenagers are at risk. Generation Z was also found to be the most likely to quit a social media platform due to concerns over privacy.

The research was conducted by Morning Consult and included interviews of over 2,200 adults across the country who represent a diverse sample of gender, age, race, political and religious beliefs, educational backgrounds and income levels.