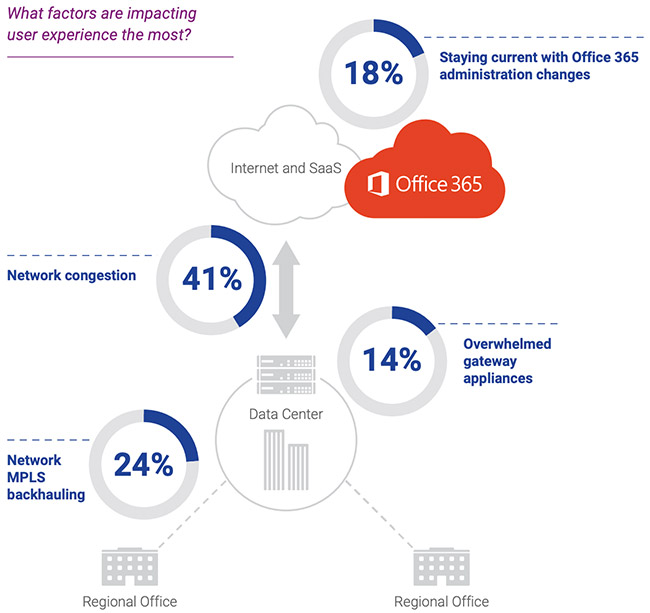 The survey showed that 41 percent of enterprises found network congestion as a major factor impacting the user experience. To address network issues, almost half of the enterprises surveyed are exploring the use of direct internet connections, which can reduce congestion and eliminate the latency caused by backhauling traffic.

The study also highlighted the top reasons for migrating to Office 365: 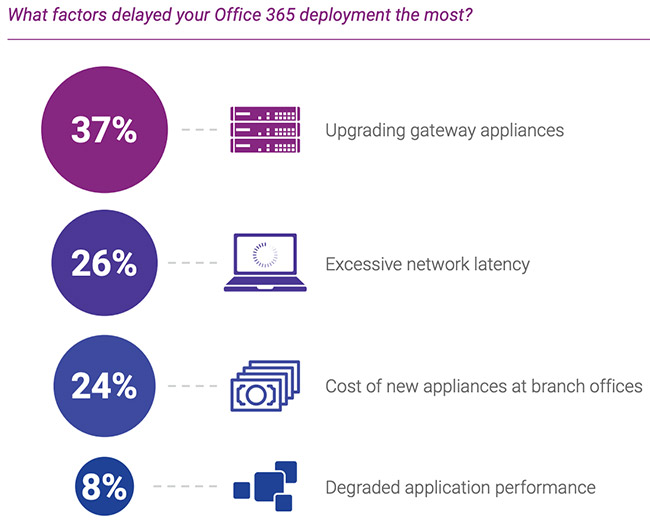 Almost 40 percent of survey respondents claimed that the need to upgrade gateway appliances has delayed their Office 365 deployment the most. In addition, 63 percent said that Office 365 collaboration has suffered due to network performance problems.

Such network issues are the reason that Microsoft’s connectivity guidance recommends direct-to-internet connections, which optimizes connectivity to cloud services.