The Intrusion Prevention System market is forecast to surpass $8.5 billion by 2025, after growing at a CAGR 13.7% during the forecast period 2019-2025, according to IndustryARC. 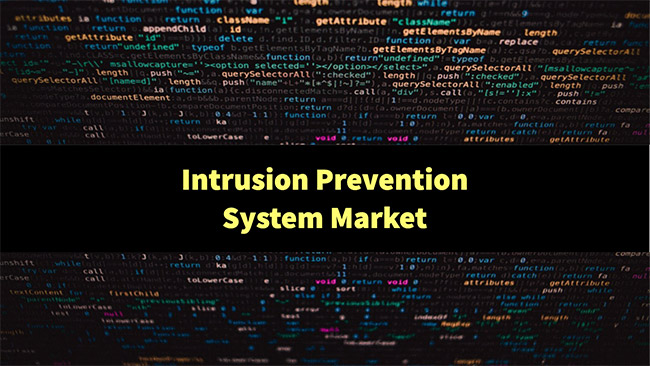 The Intrusion Prevention System market is expected to grow at a rapid pace owing to its deployment across a wide range of industries including BFSI, aerospace, defense, healthcare and transportation.

In the banking, financial services and insurance (BFSI) industry, intrusion prevention systems are being deployed to provide security solutions against various attacks to the banks’ servers.

With growth in popularity of online banking services, theft of banking information has become a major issue of concern which has further driven demand for intrusion prevention systems.

The fastest growing sub-segment under the industry vertical segment is BFSI, which is anticipated to grow at a CAGR 15.20% during the forecast period 2019-2025, owing to growth of internet banking facilities.

North America is poised to emerge as the largest market for Intrusion Prevention Systems, and is estimated to generate revenue of more than $2.5 billion by 2025.

The region is emerging as the fastest growing owing to increasing awareness about benefits of Intrusion Prevention Systems such as resistance to attacks from hackers and protection of confidential data.

As per a report by the Organization of American States, nine out of ten banks in every American state suffered a cyber-attack in 2018. The report added that of the total cyber-attacks suffered by banks, 80% were malware attacks, 63% were violations of clear desk policies while phishing attacks accounted for 57%.

Increasing number of cyber threats across the globe: With increased technological advancements, most data is shared by means of the internet. Most industries including BFSI, utilities, IT and telecommunications are highly prone to cyber-attacks.

Around 8,854 breaches were recorded globally from 2005 to mid-2018. Demand from these sectors has driven global demand for intrusion prevention systems.

Rising demand for enterprise mobility: With advancements in technology, most enterprises have shifted towards sharing of data over devices such as computers, laptops, smartphones and others, which has significantly increased the risk of data being corrupted or stolen by hackers.

Around 43% of cyber attacks are targeted at small businesses, with the aim to corrupt and steal confidential data. In 2017, 61% of data breach victims were companies with less than 1000 employees, and of this 31% were organizations which were attacked on operational infrastructure such as confidential data, external contacts and others.

This has consequently increased demand for intrusion prevention systems to facilitate enterprise mobility in a more secure manner.

Regulations such as the General Data Protection Regulation, which safeguard data and privacy for citizens of the EU, have been mandated for companies operating in all EU member states. Consequently, intrusion prevention system have been widely deployed in these regions to keep an eye on potential incoming threats.