Users of deception technology reported a 12X improvement in the average number of days it takes to detect attackers operating within an enterprise network when compared to those unfamiliar with the technology, according to a research report conducted by Enterprise Management Associates (EMA). 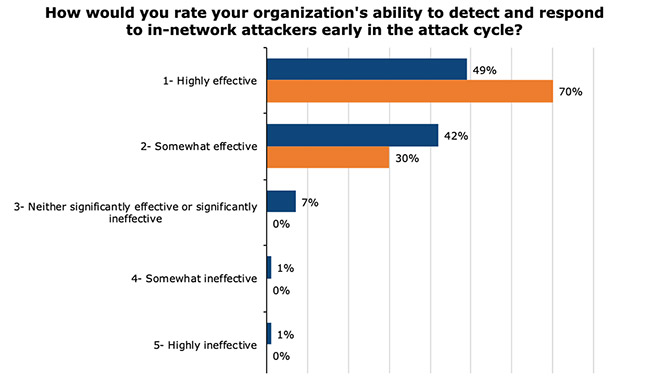 EMA surveyed 208 respondents across North America in June 2019, with the majority of respondents working in IT/IS/telecoms or cybersecurity within an IT organization.

Other studies conducted by incident response service providers or endpoint detection and response vendors suggest an average of 78 to over 100 days, while survey respondents that are highly familiar users of deception technology reported dwell times as low as 5.5 days.

“Attacker dwell time has become a measure of security effectiveness for many organizations, and the industry as a whole has seen incremental progress in reducing the number of days that attackers remain undetected within enterprise networks. But a 91% reduction in dwell time – down to 5.5 days – is the most dramatic decrease any study we have done has ever documented,” said Paula Musich, research director in security and risk management at Enterprise Management Associates in Boulder, Colo. 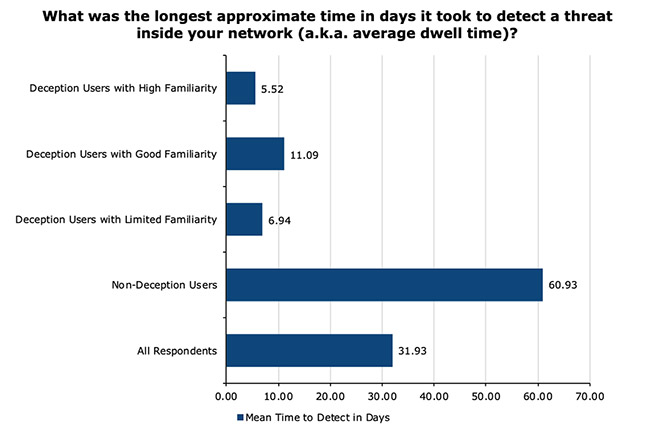 “Quantifying the ROI of security controls can be extremely challenging and is often tied to overall breach metrics that can be heavily debated,” says Carolyn Crandall, Chief Deception Officer and CMO of Attivo Networks.

“This survey is particularly interesting in that it quantifies the specific value derived and the sentiment of deception technology users compared to non-users.”

Crandall continues, “Cybersecurity has traditionally been a ‘cat and mouse game’ between IT teams and cyber attackers, with a cybercriminal’s arsenal continually evolving. Deception technology, however, shifts power back to the defender, giving organizations visibility and early detection, company-specific threat intelligence, and faster incident response.”