“Our results show that businesses and homes are still vulnerable to exploits that can result in significant damage,” says lead ISE researcher Rick Ramgattie. “These issues are completely unacceptable in any current web application.”

An attacker can obtain a foothold within a network in businesses and homes to exploit and compromise additional network devices, snoop information that passes through the devices, reroute traffic, disable the network, and perform additional outbound attacks on other targets from the victims’ networks.

In nearly all the devices (12 of the 13), ISE achieved its goal of obtaining remote root-level access. The table below shows the types of vulnerabilities that ISE identified in the targets. 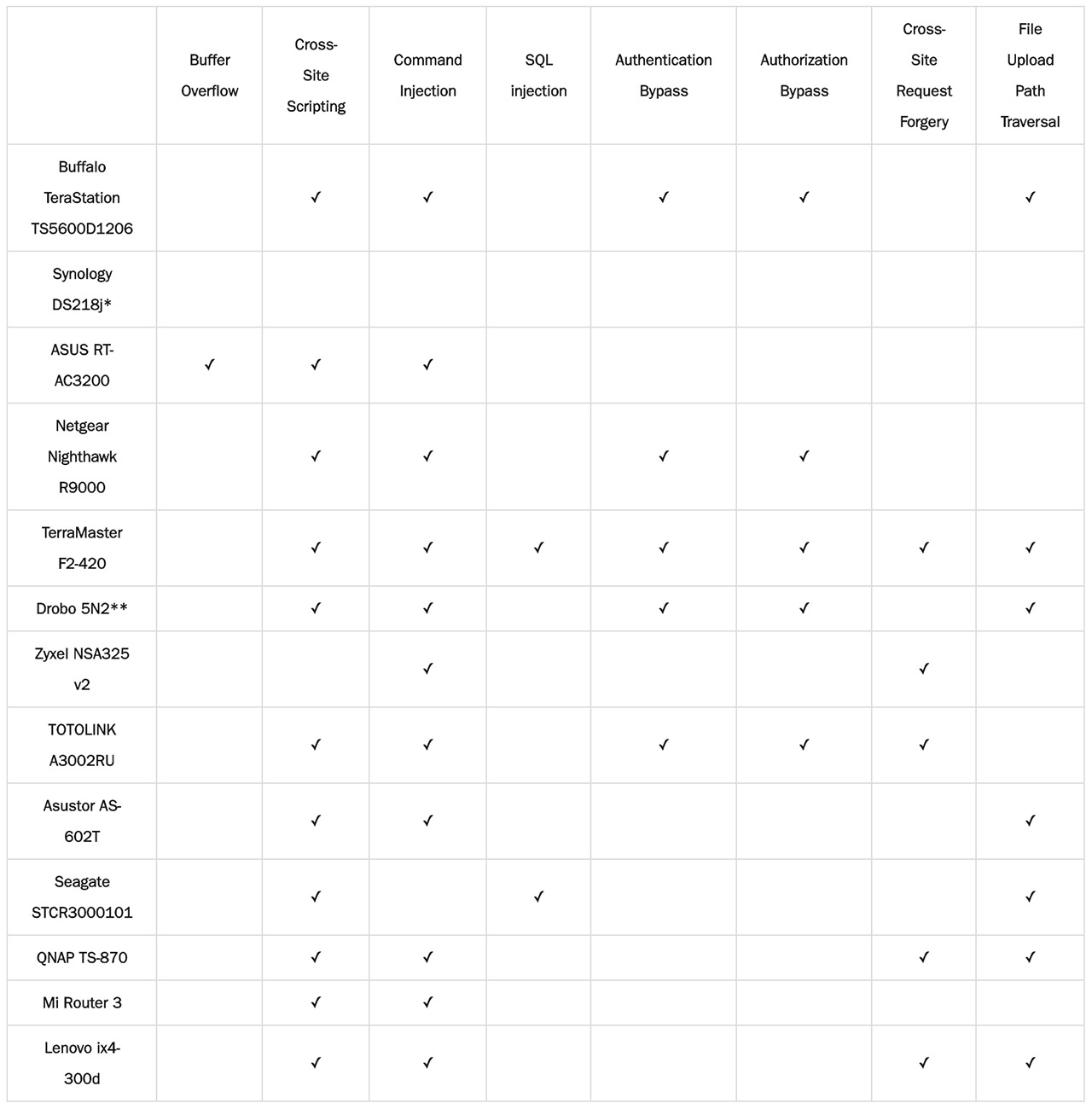 * The issues researchers reported to Synology (Session Fixation and the ability to Query Existence of Arbitrary Files) were included in this table.

“We found that many of these issues were trivial to exploit and should have been discovered even in a rudimentary vulnerability assessment,” says ISE founder Stephen Bono. “This indicates that these manufacturers likely undergo no such assessment whatsoever, that the bug bounty programs they employ are ineffective, that vulnerability disclosures sent to them are not addressed, or more likely, all of the above.”

Stanley Hsu, Software Product Manager of ASUSTOR reached out with a comment: “ASUSTOR promptly responded to ISE’s vulnerability submission. The researchers tested ASUSTOR AS-602T with firmware 3.1.1, we fixed these vulnerabilities in firmware 3.1.3 (2018/5/31).”