Mimecast released the Threat Intelligence Report: Black Hat U.S.A. Edition 2020, which presents insights gleaned from the analysis of 195 billion emails processed by Mimecast for its customers from January through June 2020. Of those, 92 billion (47%) were flagged as malicious or spam and rejected. 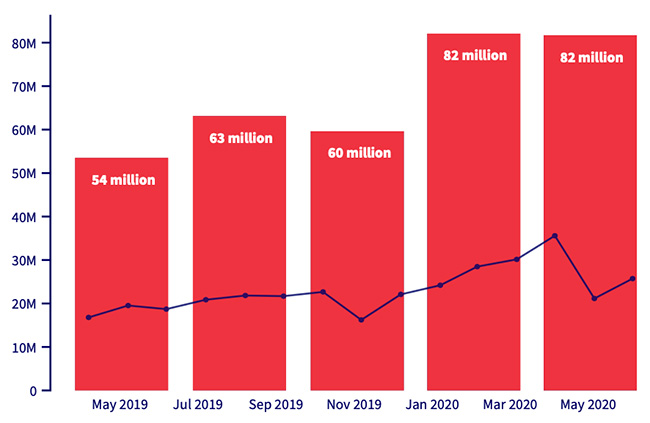 Two main trends ran throughout the analysis: the desire for attacker’s monetary gain and a continued reliance on COVID-19-related campaigns, especially within certain vertical industries.

One of the most significant observations was that threat actors are launching opportunistic and malware-based campaigns across multiple verticals at volumes at an alarming rate. The report also forecasts what types of attacks will likely spike in the next six months.

The majority of attacks seen by Mimecast during this period were simple, high volume forms of attacks, such as spam and phishing that is likely a reflection of the ease of access to tools and kits available online. As the attacks progressed, exploits evolved to more potent forms of malware and ransomware with the attacker’s goal appearing to be monetary gain.

In addition, malware-centric campaigns have been a fixture of 2020 and have become increasingly sophisticated. 42 significant campaigns were identified during the six-month period that the report covers. The campaigns showed a significant uptick in the use of short-lived, high volume, targeted and hybridized attacks against many sectors of the U.S. economy.

Researchers believe it is highly likely a consequence of threat actors targeting industries that remained opened during the ‘stay at home’ period in the U.S., as well as those essential to the nation’s recovery from the current pandemic. Interestingly, the media and publishing sectors suffered high volumes of impersonation attacks, potentially as a vehicle for cybercriminals to spread disinformation across the U.S.

“If one thing is for certain, the pandemic we’re living in today has caused significant challenges. We’ve continued to see threat actors tap into the vulnerabilities of humans and launch campaign after campaign with a COVID-19 hook, in attempt to get users to click harmful links or open malicious files,” said Josh Douglas, VP of product management, threat intelligence at Mimecast. 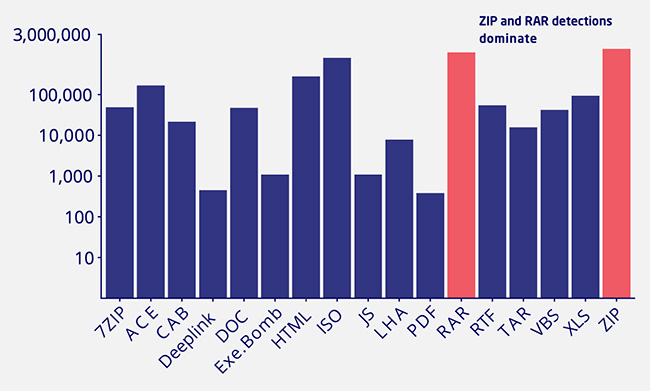 Threat actors go where the money flows. The attacks from January-June 2020 incorporated a vast array of threats, including Azorult, Barys, Cryxos, Emotet, Hawkeye, Lokibot, Nanocore, Nemucod, Netwired, Remcos, Strictor, and ZLoader, and involved a combination of mass generic Trojan delivery with phishing campaigns with the goal of monetary gain.

Industries that remained opened during the pandemic where the hardest hit. The top sectors for attacks in the U.S. were: manufacturing, retail/wholesale, finance and insurance. In addition, the media and publishing sector suffered high volumes of impersonation attacks (48.4 million detections), potentially was a vehicle to spread disinformation across the U.S.

Organizations are at a higher risk of being attacked by ransomware. Researchers found that it is highly likely that U.S. businesses are at risk of ransomware attacks, due to threat actors’ efforts towards the high volume, opportunistic attack of multiple verticals. The circumstances of the pandemic make organizations more vulnerable to ransomware, so it will likely remain a significant threat for the second half of 2020.