Avanan announced the release of a report which analyzes today’s threat landscape, phishing vectors, and industry-based attacks, exposing healthcare and manufacturing as two of the top targets for cyberattacks in the first half of the year. 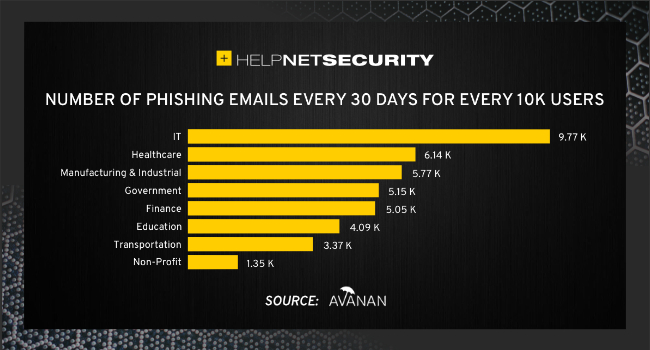 “With hospitals around the world being hit with ransomware attacks and manufacturers experiencing supply chain disruption due to cyberattacks, the Avanan research shows that hackers are using one of the most basic tactics to get in ‒ phishing attacks,” said Gil Friedrich, CEO of Avanan.

These industries are the most targeted because they hold incredibly valuable data from health records to social security numbers, combined with the fact that healthcare and manufacturing tend to use outdated tech and often have non-technical board of directors. In healthcare, in particular, the industry is largely unprepared. Though every industry gets attacked, the ones that hold the most data are the most at risk.

Cyberattacks will continue to explode with healthcare and education being hit hardest, predicting that attacks on the education sector will surge over the next six months with massive increases when school returns in the fall.