Cloudian issued its 2021 Ransomware Victims Report, based on an independent survey of 200 IT decision makers whose organizations experienced a ransomware attack between 2019 and 2021. 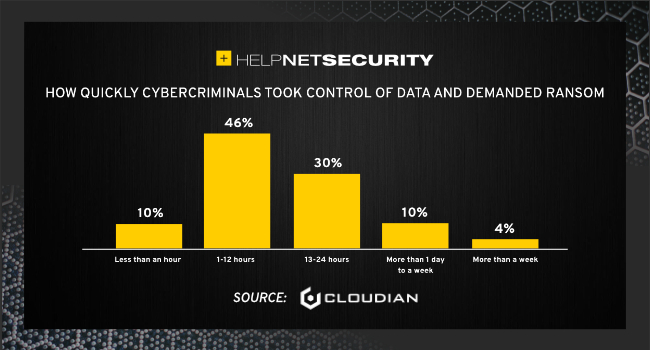 The survey found that traditional ransomware defenses are failing, with 54% of all victims having anti-phishing training and 49% having perimeter defenses in place at the time of attack.

Citing this and other findings from the survey – including the widespread impact of the attacks and the average financial costs totaling over $400,000 – the report calls for organizations to focus greater attention on putting systems in place that enable quick data recovery in the event of an attack, without paying ransom.

Despite defensive measures, ransomware gets in

Many organizations spend large portions of their cybersecurity budget on defensive measures such as anti-malware software and anti-phishing training for employees. Despite these efforts, however, ransomware attacks have become increasingly sophisticated, enabling cybercriminals to penetrate the defenses. The survey found that:

Once cybercriminals are able to insert ransomware, they can quickly take over and significantly impact all aspects of an organization: 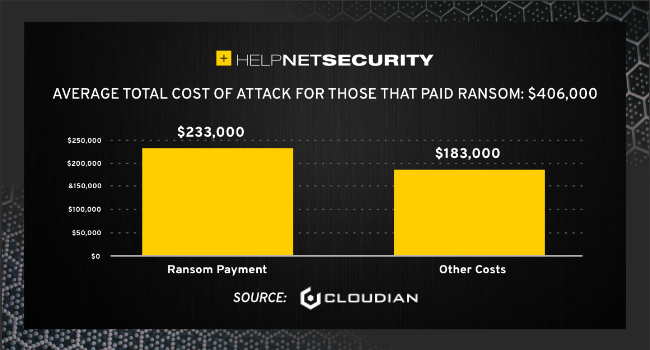 Ransom payments are significant and rising, but they’re not the only costs of an attack. For the 55% of respondents that chose to pay the ransom:

“The threat of ransomware will continue to plague organizations around the world if they do not change their approach and response to it,” said Jon Toor, CMO, Cloudian. “Cyberattacks can penetrate even the most robust defenses, so it’s critical that organizations prioritize being able to recover quickly from an attack.

The best way to do so is to have an immutable backup copy of your data, which prevents hackers from encrypting or deleting the data for a specified period of time. As a result, organizations can recover an unencrypted copy of their data in the event of an attack without having to pay the ransom.”