Zix announced the release of a report which finds attackers are rapidly adopting new techniques to target users. 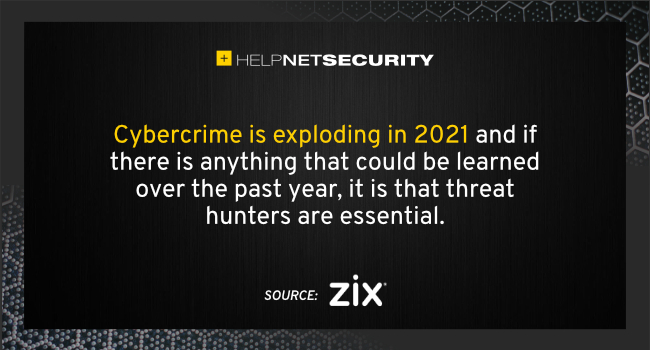 “Cybercrime is exploding in 2021 and if there is anything that could be learned over the past year, it is that threat hunters are essential,” says Troy Gill, Manager of Research at Zix.

“Companies cannot wait for potential threats to emerge but must proactively identify security incidents that may go undetected by automated security tools. As we enter into the back half of the year, we will continue to see phishing, Business Email Compromise (BEC) and ransomware attackers become more sophisticated and bad actors asking for higher bounties to release data they have compromised.” 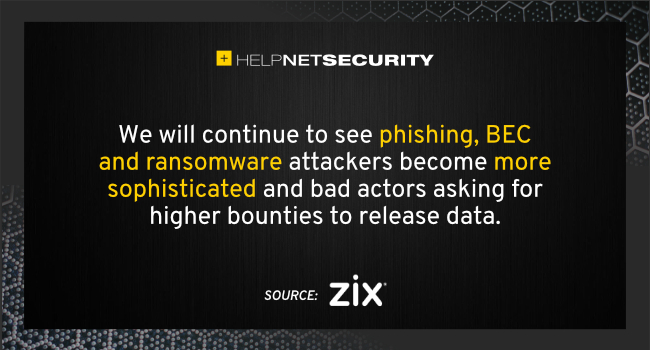 Techniques most frequently used by attackers