Randori released a report that identifies the most tempting IT assets that an attacker is likely to target and exploit. 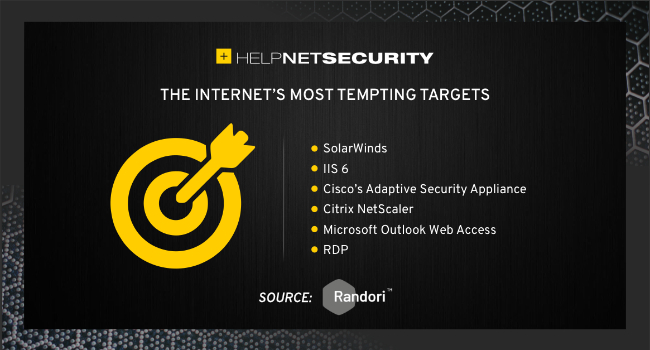 Leading up to the anniversary of the Solarwinds hack, and after a very tumultuous year in cybersecurity—especially with ransomware and supply chain attacks—the report wanted to understand the ongoing prevalence of internet-facing assets that contribute to these attacks.

“I’d wager the remaining vulnerable SolarWinds instances are there because of ignorance, not negligence. Organizations struggle to know what they have exposed on the internet. Cloud migration and the work-from-home boom dramatically increased the number of exposed assets, and people can no longer rely on existing security strategies to understand their attack surface,” said David Wolpoff, CTO at Randori.

“Many assume prioritizing based on vulnerability severity will keep you safe. But that’s simply not true. Attackers think differently, and vulnerability severity is just one of many factors weighed by an attacker. Our hope with releasing this report is that people will get deeper into the attacker’s mindset, apply attacker logic to their security programs, and get one step ahead.”