An in-depth analysis of a range of popular Android mobile phones has revealed significant data collection and sharing, including with third parties, with no opt-out available to users. 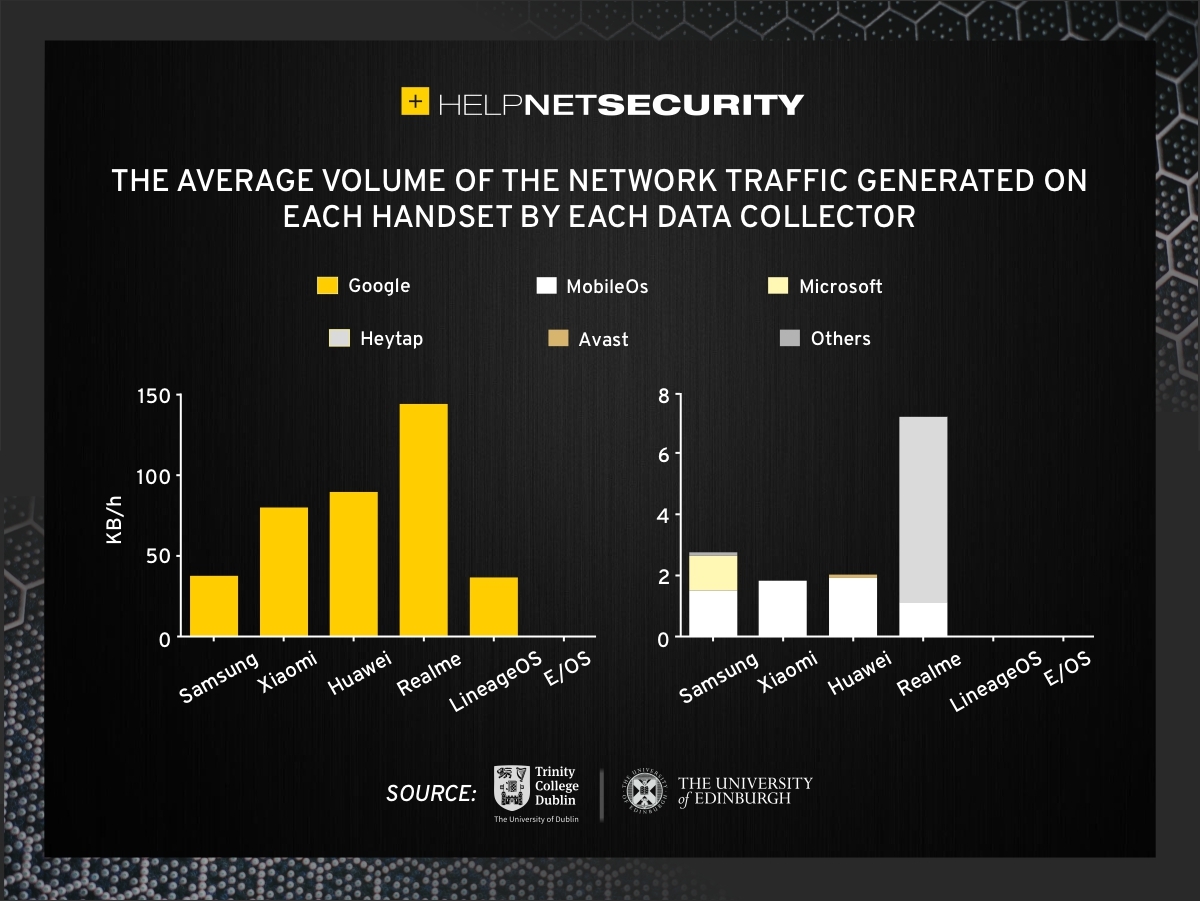 Prof. Doug Leith at Trinity College Dublin along with Dr Paul Patras and Haoyu Liu at the University of Edinburgh examined the data sent by six variants of the Android OS developed by Samsung, Xiaomi, Huawei, Realme, LineageOS and /e/OS.

Even when minimally configured and the handset is idle, with the notable exception of e/OS, these vendor-customized Android variants transmit substantial amounts of information to the OS developer and to third parties such as Google, Microsoft, LinkedIn, and Facebook that have pre-installed system apps. There is no opt-out from this data collection.

While occasional communication with OS servers is to be expected, the authors of the study say the observed data transmission goes well beyond this and raises a number of privacy concerns.

Prof. Doug Leith, Chair of Computer Systems at the School of Computer Science and Statistics in Trinity College Dublin, said: “I think we have completely missed the massive and ongoing data collection by our phones, for which there is no opt out. We’ve been too focused on web cookies and on badly-behaved apps.

I hope our work will act as a wake-up call to the public, politicians and regulators. Meaningful action is urgently needed to give people real control over the data that leaves their phones.”

“More worryingly, such practices take place “under the hood” on smartphones without users’ knowledge and without an accessible means to disable such functionality. Privacy-conscious Android variants are gaining traction though and our findings should incentivise market-leading vendors to follow suit.”