The number of phishing attacks continued to rise into the autumn of 2019, according to APWG. 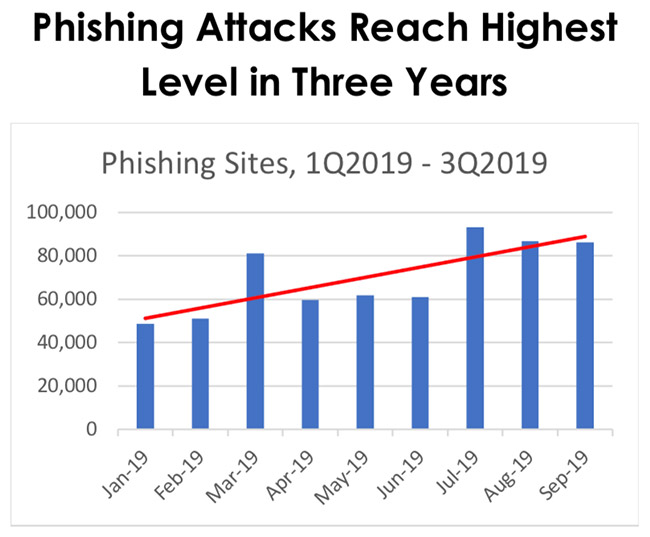 “This is the worst period for phishing that the APWG has seen in three years, since the fourth quarter of 2016,” said Greg Aaron, APWG Senior Research Fellow and President of Illumintel.

In addition to the increase in phishing volume, the number of brands that were attacked by phishers in Q3 was also up notably. APWG contributor MarkMonitor saw attacks against more than 400 different brands (companies) per month in Q3, versus an average of 313 per month in Q2. 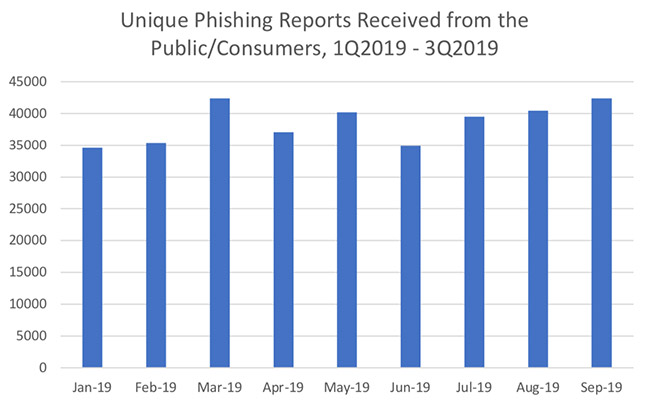 According to APWG contributing member Agari, 40 percent of BEC attacks use a domain name registered by a scammer. These domains are often variations of a trusted, existing company name, meant to fool unwary victims. In the third quarter, attacks involving wire transfers from victims were for an average of $52,325.