Organizations reported an average 32% reduction in threat responder workload when they deployed a managed SIEM solution, according to CenturyLink and IDG. 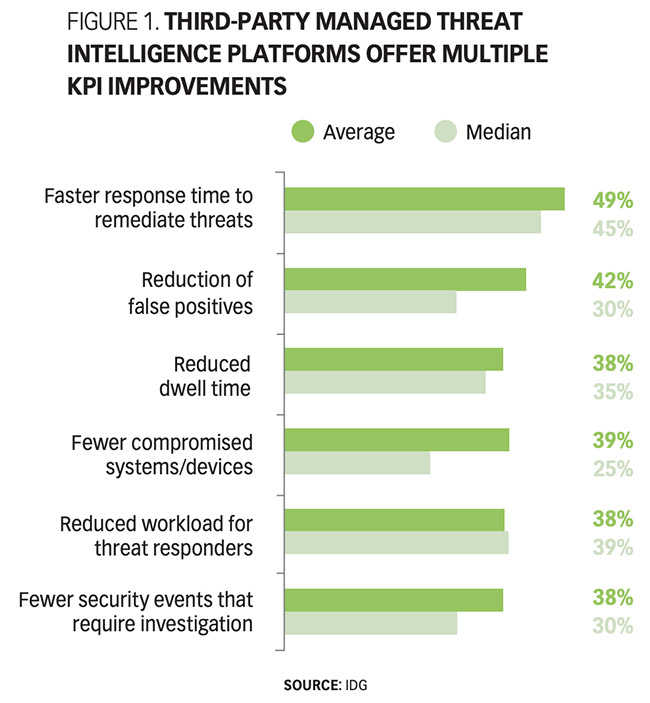 “Security is an inherent ingredient in networking today; however, limited resources and budget constraints make it difficult for companies to develop with their own staff,” says Chris Betz, CSO at CenturyLink.

“To better understand insights and to prioritize incident response, you need to consider third-party solutions and leverage an integrated security strategy from the start.”

The most significant improvements for third-party managed network security technologies on average included:

Over the next three years, respondents expect that automated threat detection and remediation will improve their organizations’ security posture. Specifically, they anticipate reducing the burden on IT, better meeting security outcomes, and gaining business efficiencies.

One respondent noted that security control automation “will help significantly reduce the time and manpower needed to improve our risk management”.

According to the survey, 97% of respondents realized improvements with third-party managed firewalls, most notably in terms of the ability to free up resources to focus expertise elsewhere (54%) and a better security posture (42%).

Among those using such services, 96% report across-the-board business outcome improvements including 39% reduction of dwell time, 38% improved efficiency for incident response and the 34% reduction in average time to detect.