Windows 7, released in October 2009, was one of Microsoft’s big successes. Ten years later and despite its end-of-extended-support deadline being imminent (January 14, 2020), the popular OS is still in use on 27 percent of all desktop computers running Windows. 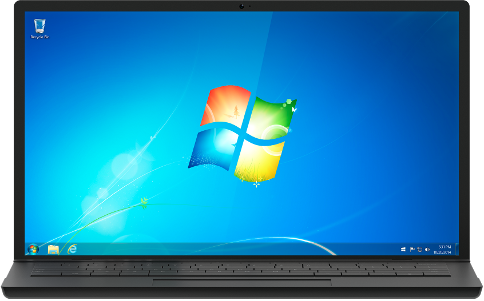 Microsoft has been warning Windows 7 users about the deadline for over a year, mentioning it whenever it was pushing out Windows security updates. It has also been pushing once-per-month notifications to Windows 7 Home and some Pro users to make sure they know what’s coming.

Starting on January 15, 2020, laggards will be faced with a full-screen notification that describes the risk of continuing to use Windows 7 Service Pack 1 after it reaches end of support (they will be able to prevent it from popping up again, though).

The notification will appear to users of the Starter, Home Basic, Home Premium, Professional and Ultimate editions of Windows 7 SP1, but not on domain-joined machines or machines in kiosk mode.

Many enterprises – and especially SMBs – are still running Windows 7.

Microsoft is offering organizations of all sizes extended security updates (ESUs) for Windows 7, all the way up to January 2023.

Office 365 Pro will continue to work on devices with Windows 7 Extended Security Updates through January 2023 and will receive security updates.

Microsoft Security Essentials updates will not be included in Windows 7 ESUs.

“If you continue to use Windows 7 after support has ended, your PC will still work, but it will become more vulnerable to security risks and viruses,” Microsoft warns.

Windows 7 Home users can’t pay to receive extended security updates and are urged to upgrade to Windows 10 and to a new computer so they can take advantage of the latest hardware capabilities.

The upgrade to Windows 10 was free until 2016, although, for some users, there still seems to be a way to pull the feat off.

Those users who don’t want to switch to Windows 10 can still opt for Windows 8.1, which is under extended support until January 10, 2023.