Application performance, impacted by network complexity at the edge and in the cloud, is the key enterprise concern this year for organizations implementing SD-WAN, according to Aryaka. 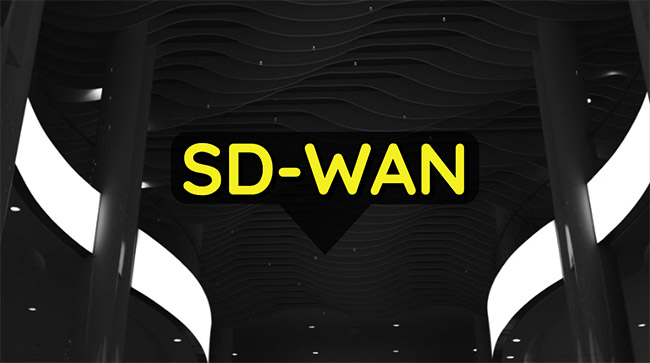 The study surveyed over one thousand global IT and network practitioners at companies across all verticals, headquartered in NA, APAC and EMEA. The survey asked respondents about their networking and performance challenges, priorities and their plans for 2020 and beyond.

“Modern applications are being distributed across on premises data centers, multiple public clouds (IaaS & SaaS) and edge locations. This is creating more complexity and greater dependency on the network to ensure optimal application performance as confirmed by the Aryaka report,” said Bob Laliberte, Sr. Analyst and Practice Director at ESG.

“Organizations need WAN solutions that deliver performance, flexibility and simplicity to overcome that complexity. This is driving interest in managed SD-WAN offerings that combine application optimization and secure connectivity, to any location, from any location, including access and support for remote workers.”

Enterprise complexity at the edge and within the cloud are creating a challenging environment for IT organizations. IT managers identify complexity and slow performance of both on-prem and cloud-based applications as their biggest concerns.

With so many applications in use, many of which are cloud-based, IT is consumed by managing application performance and access to the cloud. And it’s only getting more complex, highlighting the need for a managed service for many organizations.

The biggest IT time consuming issues identified by respondents were remote and mobile (47 percent), application performance at the branch (43 percent) and accessing the cloud, which doubled from 20 percent in 2019 to 42 percent in 2020.

The survey showed that while network managers have high expectations as performance, UCaaS is still challenging to deploy globally, and, once again, complexity is the culprit.

Most of the enterprises surveyed are leveraging over 10 SaaS applications (51 percent in 2020 versus 23 percent in 2019), which speaks to the criticality of cloud performance. In terms of where these SaaS apps are hosted, it’s a multi-cloud world, with AWS, Azure, Google, IBM, Oracle, and Alibaba Cloud all well represented.

What’s more, enterprises are continuing to increase the number of applications deployed. A growing number of companies are deploying 100+ applications: 59 percent in 2020 compared to 43 percent in 2019. Please refer to the report for more detailed, per-vertical data and year-on-year comparisons.

What’s being done to reduce complexity

To address increased complexity and the time spent managing the WAN, enterprises regardless of size are undergoing major initiatives that include automation, the cloud and newer areas of interest such as IoT, AI/ML and blockchain.

On the cloud front, regardless of company size, upgrades and management are important as well as a keen interest in 5G. This last initiative reflects the interest in 5G as a future primary connectivity option for SD-WAN.

Barriers and expectations for today’s SD-WANs

When evaluating SD-WAN, the top three potential barriers include application performance, knowledge gaps and complexity. Overall, cost seems less a consideration this year versus performance and complexity, with SD-WAN ROI better understood and valued than in previous years.

Beyond the barriers mentioned above, SD-WAN planners have certain expectations they’d like met. Respondents said, the cloud and WAN optimization are still key requirements to a successful SD-WAN solution, but NFV, support for remote workers and the desire for a managed service have grown substantially. Add in security, and all of these features illustrate the many moving parts critical to a successful SD-WAN deployment.

“We are living in a complex multi-cloud and multi-SaaS application world. As global enterprises continue to innovate by embracing new technologies and migrating to the cloud, they also face new challenges, and the network is increasingly a strategic asset” said Shashi Kiran, CMO of Aryaka.

“Whether it’s an increasing number of global sites through expansion, poor performing cloud-based applications, increasing costs or the time it takes to manage multiple vendors, many organizations are at an inflection point: transform the WAN now or risk falling behind and losing out to competitors.”