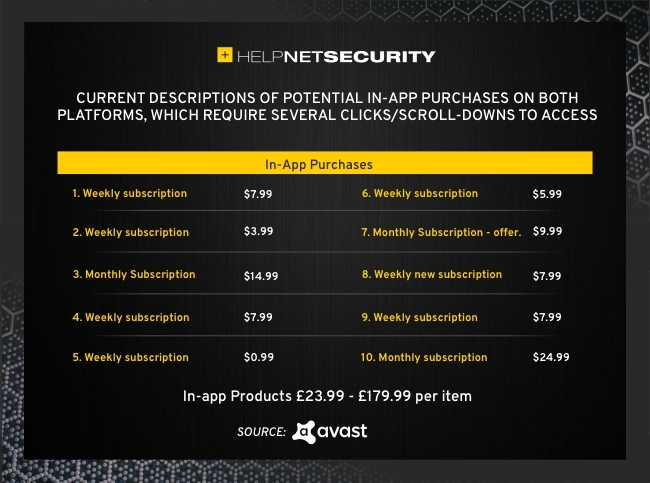 The applications attract users with a promise of a free 3-day trial, with an unusually high subscription fee attached. Once the trial is over, users are charged a recurring subscription fee – even if they deleted the app by that time – until they cancel the subscription in their device’s app subscriptions settings.

One of the apps, for example, offers a short free trial followed by a $66 per week subscription, potentially costing the victim $3,432 per year unless cancelled. These fleeceware applications are actively advertised on major social networks such as Facebook, Instagram, Snapchat and TikTok.

“While the applications generally fulfil their intended purpose, it is unlikely that a user would knowingly want to pay such a significant recurring fee for these applications, especially when there are cheaper or even free alternatives on the market,” said Avast’s Threat Analyst Jakub Vávra in a blog post.

“It appears that part of the fleeceware strategy is to target younger audiences through playful themes and catchy advertisements on popular social networks with promises of ‘free installation’ or ‘free to download’. By the time parents notice the weekly payments, the fleeceware may have already extracted significant amounts of money,” continued Vávra.

Researchers discovered the Android fleeceware applications via its mobile threat intelligence platform apklab.io, and then expanded their research to the Apple App Store. 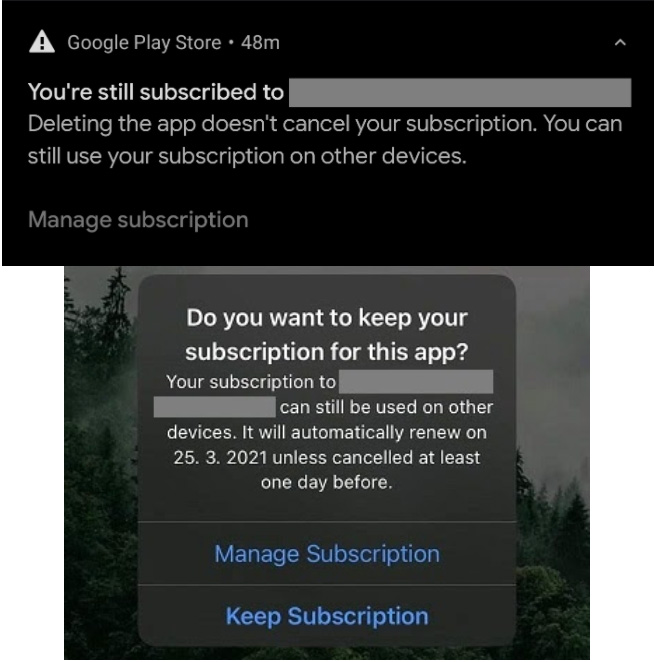 How to avoid fleeceware apps

With subscriptions becoming more prevalent in app stores, users are encouraged to be vigilant when downloading and using applications. To avoid fleeceware, it is advised to: