O’Reilly announced the findings of a survey report which explores the latest trends in cloud, microservices, distributed application development, and other critical infrastructure and operations technologies. Similar to last year’s results, cloud adoption has continued to grow, but cost and regulatory requirements are two major challenges cited by respondents. 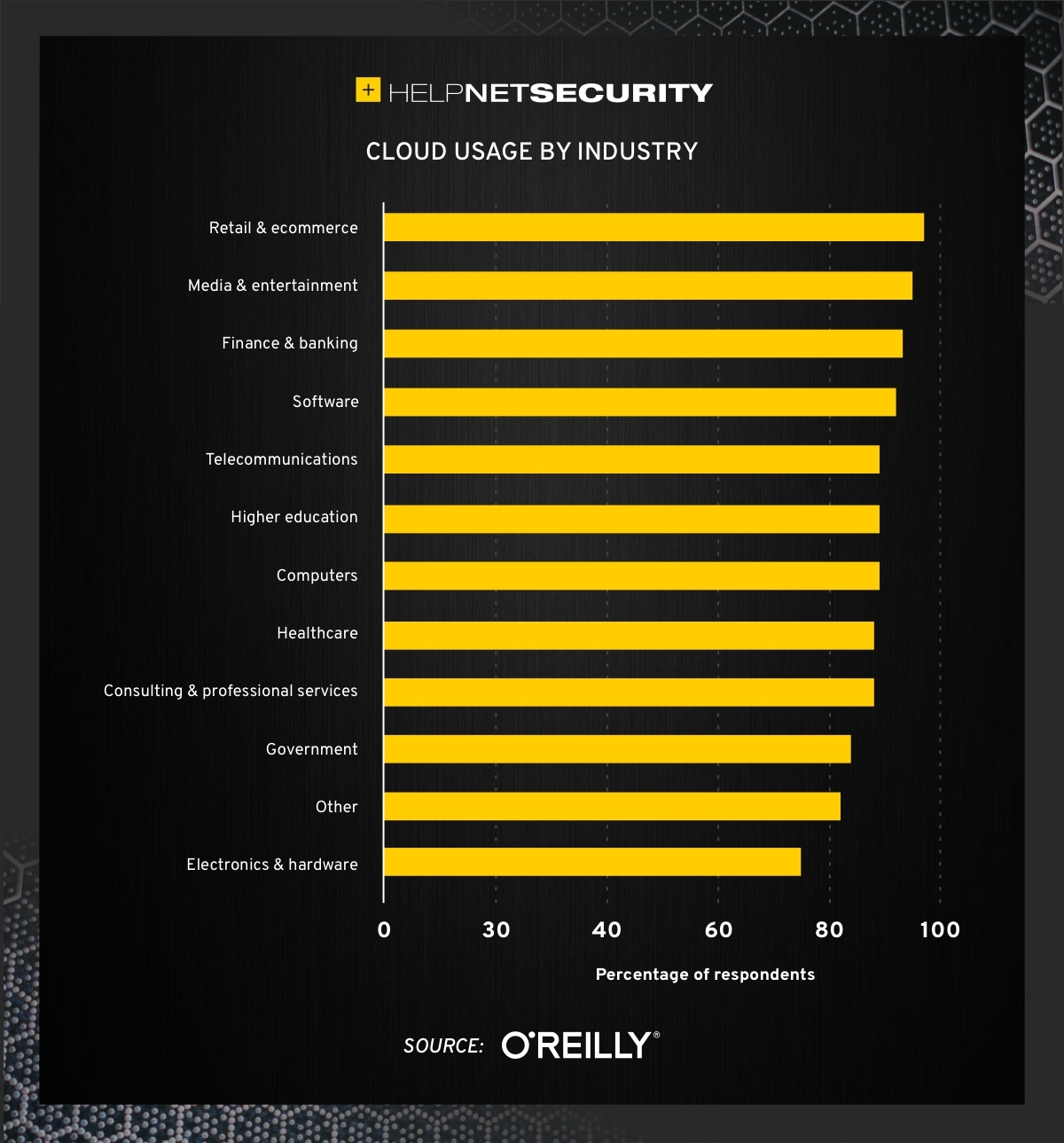 Given the events of the COVID-19 pandemic, one might have expected a bigger spike in cloud adoption to support remote and hybrid work environments. However, usage has grown steadily, with 90% of respondents indicating that their organizations use cloud computing, compared to 88% last year. While this is only a small increase, 48% said they planned to migrate 50% or more of their applications to the cloud in the coming year, signifying continual progress.

Despite cost concerns, technologists understand the value of the cloud

When asked about the most important initiatives their company was undertaking pertaining to public cloud adoption, 30% of all respondents in almost every industry sector cited managing cost. Among respondents not currently using cloud computing, cost (19%) was the second-most-important reason why, preceded only by regulatory requirements (21%).

Despite concerns around cost, given the high usage rates and plans for migration, it’s clear that technologists understand the value of the cloud. Flexibility, reliability, and scalability are the real advantages—requirements for any modern business to survive and compete.

“It’s a common misconception that cloud computing is inexpensive, which is simply not a reality at corporate scale,” said Mike Loukides, VP of content at O’Reilly.

“It shouldn’t be a hindrance to adoption when you weigh the cost of migrating workloads to the cloud against possible outages and interruptions to service on traditional on-premises systems that can’t handle a heavy load or spike in traffic. This will become especially apparent for the retail industry as we approach the holiday shopping season.”

With the proliferation of digital transformation (and as the data signifies), cloud skills are in demand across the board. Both general skills and specific expertise in areas such as security, microservices, containers, and orchestration will be important. In fact, another recent O’Reilly survey found that cloud certifications, particularly those from AWS and Microsoft Azure, were associated with the highest increases in salary for knowledge workers. As such, this is an excellent time to pursue training opportunities.