Rapid7 announced the release of a report examining the 50 most notable security vulnerabilities and high-impact cyberattacks in 2021. 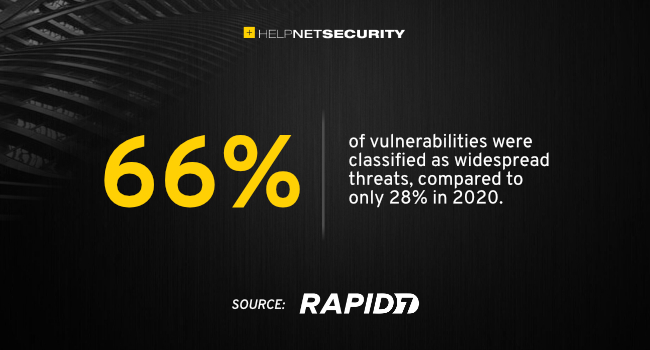 On any given day, security professionals must prioritize and address viable threats from an overwhelming number of reported vulnerabilities. Researchers analyze thousands of vulnerabilities each year to understand root causes, dispel misconceptions, and share information on why certain flaws are more likely to be exploited than others. From this research, the team creates a report of the highest priority CVEs based on their likelihood of widespread exploitation.

Most notable vulnerabilities, threats and exploits in 2021