Preventative medicine has long been recognized as a vital approach in safeguarding our physical health. We take a variety of tests and assessments so that doctors can uncover key biological markers that may indicate the potential development of certain diseases or illnesses as early as possible. 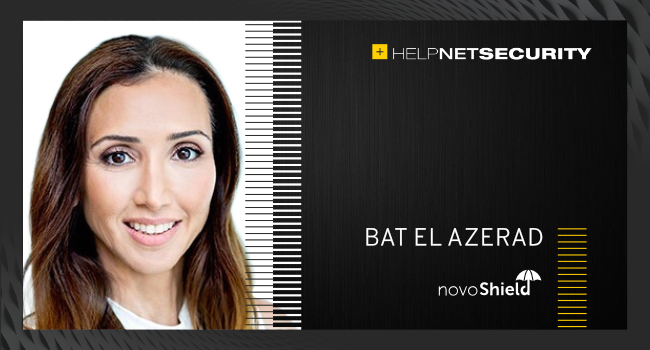 Cybercrime in the digital world has distinguishing features, too, and we can react to cyberattacks by neutralizing the source. As phishing attacks soar in frequency and sophistication and are delivered by an entirely new breed of cybercriminals, it’s time we utilize the latest technology to anticipate threats before they advance.

Smartphones have become increasingly targeted by hacking attempts – especially since the pandemic, with total phishing attacks in the second quarter of 2022 rising to over 1 million. This makes sense: Smartphones are our main connection to our digital endpoints – social media, email, apps, SMS, etc. – and the sophistication of today’s phishing criminals means that even the most switched on and savvy users can fall prey to attacks. This has resulted in cybercrime becoming big business and a huge drain on public money. Making even a small dent in this will be a huge win for both businesses and consumers.

Future threats need an equal match. A guaranteed way to prevent and neutralize threats at an unprecedented level is to anticipate their movement, their design and how they present. Just like clinicians assess disease in a human body, cybersecurity professionals are tasked with building software that can not only diagnose unreliable websites, messages or emails but can also predict areas of vulnerability and concern. This type of technology would use behavioral algorithms to identify real-time phishing attempts and actively protect users from known and unknown malicious attacks. Dynamic detection shouldn’t just anticipate behavior from long-established sites, but also be ready and prepared to detect and fend off newly developed ones; a website is created, the markers of suspicion are found, and its attempts to gain access are blocked.

Enabling wholesale security for mobile phones requires more than reflective analysis – we need to capture data on a user’s device and model an algorithm based on behavior and interaction – predicting malicious sites and shielding a user from them. Combine this with URL black and white-listing, and you have a comprehensive machine learning tool that can analyze live threats more precisely than ever before. This is the cybersecurity equivalent of a physician ordering a complete blood count: if there is something that shouldn’t be there, the algorithm will pick it up. There will always need to be a human override capability built-in, but if there are enough fail safes planted before this, then we can be sure we’re making the right decisions.

Compiling data from numerous websites builds an accurate profile of a site intending to do harm. Typical things to look out for might include logos or branding slightly at odds with the real versions, messaging inaccuracies, misspellings, negative reviews of a site, and site traffic patterns. The data derived from these instances inform the type of real-time, automated technology that will focus not just on developing a list of markers that arouse suspicion, but also on cutting down the volume of threats getting through in the first place. This behavioral and science-informed hacking-prevention tool would be invaluable to both individuals and businesses alike and finally start to truly level the playing field between consumers and scammers.

In 2022, we are dealing with a different breed of hacker. They aren’t just targeting sub-optimal phone security or taking advantage of exploitable systems – they understand the end user (you and me). They know how we think and what we’ll do.

Like a foreign entity exploiting a weak immune system, the hacker strikes at our most vulnerable point. They know that 82% of data breaches are caused by human error and that many individuals have become addicted to their phones, and they design scams that prey on these vulnerabilities. Every minute spent on the phone – whether a user is taking a quick glance, scrolling through social media, opening an email or a message, or confirming a purchase – activates switches or fuses that either allow or prevent the current of malicious content.

Here’s an example. A message is sent via email or SMS about supposed suspicious activity detected and requires an immediate response from the user to confirm whether they are the source of this activity. It’s the urgency in this case that shortcuts our decision-making – which, incidentally, is made that much more difficult on a phone’s smaller screen, as we can’t see the full URL or sender’s details clearly. One regrettable click later and we’ve invited the hacker into our lives, bypassing the small talk and polite conversation and allowing them to invade our privacy.

Mobilizing a behavioral algorithm in this case would ensure a message is flagged as “phishy” prior to it ever reaching the user. Perhaps the communication is written in an incoherent way, perhaps the font is unusual, or the wording is inconsistent with the company it purports to have come from. Just like an irregular heartbeat or high blood pressure would reveal important insights to a doctor about the well-being of a patient, the countless digital markers available to the algorithm would tell the user that clicking a link or responding to that message could be the wrong move.

How we as businesses and consumers respond to cyberattacks depends on how dangerous we believe the attack to be. According to a recent PWC survey, at least 78% of the 722 US executive respondents treat cybersecurity as the No. 1 business risk – rather than a technology risk – and therefore cyber threats are no longer solely the domain of the CISO.

This is part of the solution – correctly assigning ownership to address the threat and then arming businesses or individuals with the digital arsenal to fight back. It is damning that almost 80% of organizations do not have a cybersecurity incident response plan and most companies take nearly six months to detect a data breach. This is the environment emboldening hackers and enabling them to flourish – making countering them an uphill battle.

In terms of the target, just like viruses searching for a human host, hackers don’t discriminate – small businesses, large corporations, and individuals are all at risk.

In an ideal world, organizations would train their employees to be alert to cyber risks and equipped with the appropriate solutions to combat them, and individuals would recognize malicious sources almost by reflex. However, this takes time and a major shift in mindset, so more than anything we need to deploy a technology, that can do the detection, decoding, and everything in between.