The financial services industry was attacked more than any other industry in 2016 – 65 percent more than the average organization across all industries, according to the IBM X-Force Research team. 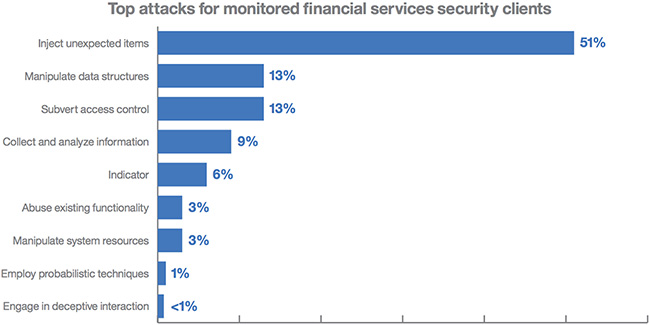 As a result, the number of financial services records breached skyrocketed 937 percent in 2016 to more than 200 million. While the financial services industry was targeted the most by cyber attacks in 2016, data from the IBM X-Force Threat Intelligence Index shows it ranked third by industry for the number of breached records – likely due to investments in security practices.

The financial gains associated with corporate and customer data available throughout the financial sector proved appetizing to cybercriminals in 2016. Financial institutions were forced to defend against a 29 percent increase in the number of attacks from 2015. Interestingly, in 2016, cybercriminals were able to steal significantly more records with a flat year-over-year number of publicly disclosed incidents tracked by IBM X-Force.

“Cybercriminals have always gone where there is money to be made. While financial services has been a highly targeted industry by cybercriminals, in previous years, their main focus shifted to other more lucrative industries like healthcare or retail,” said Nick Bradley, Practice Lead, IBM X-Force Threat Research. “However, in 2016 we saw a significant resurgence to financial services as criminals decided to go directly to the source money.”

In looking at ways the financial services sector was attacked in 2016, the report found that the industry was more affected by insider attacks (58 percent) than outsider attacks (42 percent). This shows the genesis of many of the breaches were a result of malicious activity.

Malicious activity inside an organization can be a result of an inadvertent act (53 percent) such as an employee accidentally being tricked to download a malware-laden document through a phishing email which then gives attackers access to information. Many of these attacks occur without the user being aware of it.

“While reports such as this will encourage regulators and firms to approach cyber security from a risk perspective to identify any weak links, CIOs in the banking industry are facing an unenviable challenge. Not only are banks operating with legacy systems that in some cases have been in existence for many years, it is also a sector where innovation across new banking channels, such as online and mobile, is creating complex multi-channel IT infrastructures. Indeed according to recent research from Fujitsu, only 12% of UK consumers trust banking on mobile banking apps – one of the lowest rates in Europe,” Rob Norris, VP Head of Enterprise & Cyber Security EMEIA at Fujitsu, told Help Net Security. 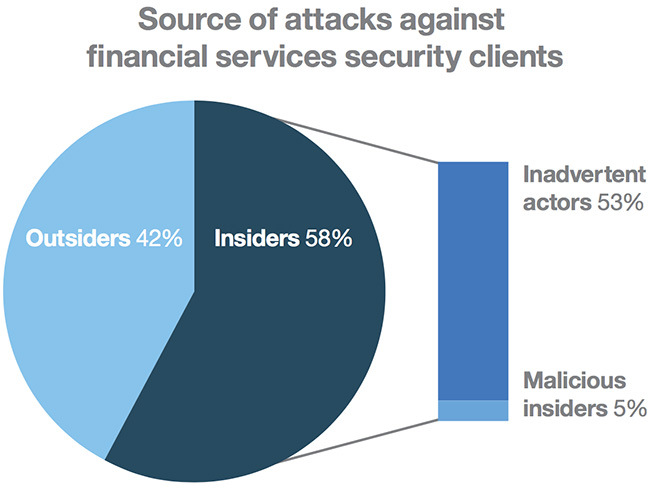 In 2016, insiders were responsible for more financial services sector attacks than outsiders.

Reduce exposure to insider threats: Combine data security and identity and access management solutions to protect sensitive data and govern the access of all legitimate users.

Apply a cognitive approach: Augment a security analyst’s ability to identify and understand sophisticated threats by tapping into unlimited amounts of unstructured data from blogs, websites, research papers and the like, and correlating it with relevant security incidents.

Develop and implement an incident response plan: Identify the data necessary to respond to an attack, understand how to mitigate an attacker’s access.