Cybercriminals are deviating towards a more focused approach against targets by using better obfuscation techniques and improved social engineering skills as organizations improve in areas such as time to detection and response to threats, according to Trustwave. 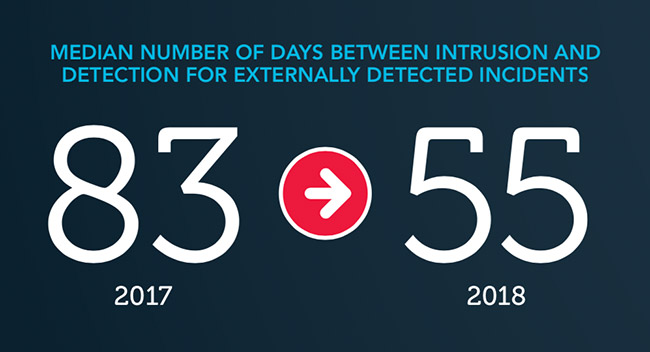 The 2019 Trustwave Global Security Report is based on the analysis of billions of logged security and compromise events worldwide, hundreds of hands-on data breach and forensic investigations, manual penetration tests, network vulnerability scans and internal research.

The Asia-Pacific region led in the number of data compromises investigated, accounting for 35% of instances overtaking North America at 30%, down from 43% in 2017. Europe, Middle East and Africa (EMEA) came in third at 27%, followed by Latin America & Caribbean (LAC) at 8%.

The retail sector experienced the highest number of incidences at 18%. The finance sector came in second at 11% and hospitality third at 10%, each slightly dropping from 13% and 12%, respectively, from the previous year.

Spam messages analyzed containing malware significantly diminished in 2018, to 6% from 26% in 2017. This drop can be attributed to a shift in tactics to shorter, more regional campaigns from Necurs, the largest malicious spamming botnet.

For example, sextortion email campaigns designed to dupe victims into paying large ransoms by playing on fears that compromising videos exists on the recipient was nearly non-existent in 2017 yet rose toward the end of 2018 to account for 10% of all spam analyzed.

Slightly down from the previous year, the largest single category of malware encountered was downloaders at 13%. Remote access Trojans (RATs) at 10% and web shells at 8%, both of which give attackers extensive control over compromised computers, were the second and third most common types of malware discovered.

The number of vulnerabilities patched in five of the most common database products was 148, up from 119 in 2017. At 62%, denial-of-service (DoS) vulnerabilities used primarily for disruption accounted for the most vulnerabilities discovered across all major platforms in 2018.

Social engineering was the top method of compromise in 2018 in every environment analyzed other than e-commerce. In both cloud and POS environments, 60% of breach investigations can attribute successful social engineering as the conduit to initial point of entry. Corporate and internal environments were slightly less yet significant at 46%.

Card-not-present data most valued by cybercriminals

Payment card data led in the types of information most coveted by cybercriminals, comprising 36% of breach incidents observed. Most notable: card-not-present data at 25% rose 7% from the previous year, while magnetic stripe data fell 11%, coming in at 11% of incidents observed in 2018.

A steep year-over-year increase of 1,250% was observed in cryptojacking malware, which was almost non-existent in 2017. Used to covertly place legitimate JavaScript coin miners on websites or infect carrier-grade routers, cryptojacking malware illegally mines cryptocurrency for cybercriminals using the computing resources of unsuspecting victims.

In 97% of the 2,585 websites observed that were known to be compromised, the now-defunct Coinhive miner was preferred.

All web applications found to be vulnerable

For a second straight year, 100% of web applications tested possessed at least one vulnerability, with the median number of vulnerabilities rising to 15, up from 11 in 2017. Of more than 45,000 vulnerabilities discovered by Trustwave penetration testers, 80% were classified as low risk, with the remaining 20% deemed medium to critical. 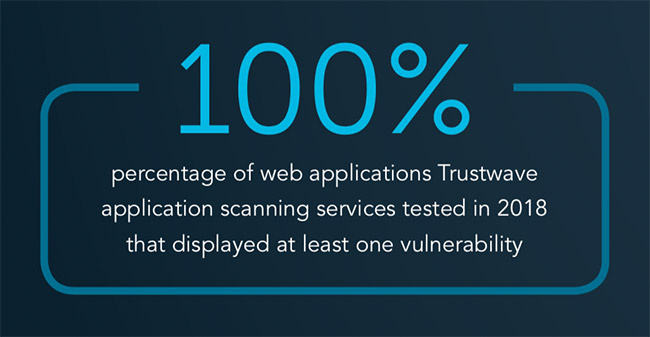 Corporate and internal networks at most risk

Fifty-seven percent of the incidents investigated involved corporate and internal networks (up from 50% in 2017), followed by e-commerce environments at 27%. Incidents impacting POS systems decreased by more than half to just 9% of the total occurrences reflecting EMV use as a successful technology.

“Our 2018 findings portray a story about adaptiveness, both from a business and cybercriminal perspective,” said Arthur Wong, Chief Executive Officer at Trustwave.