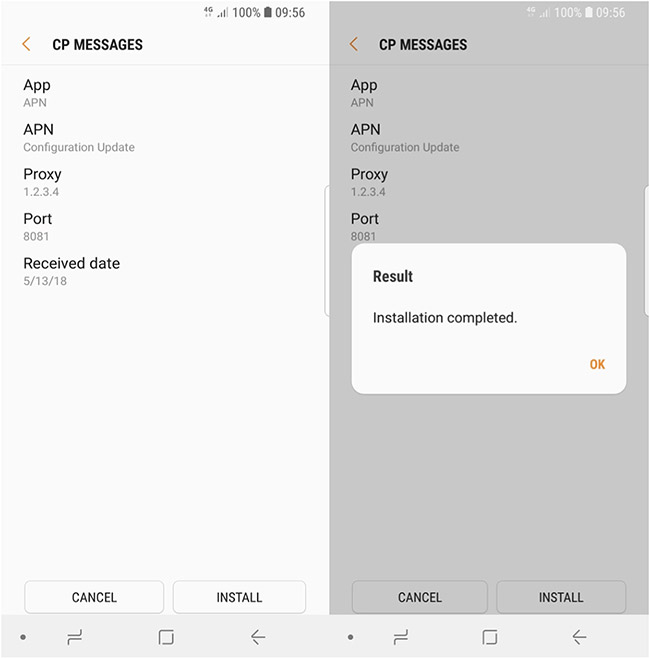 An unauthenticated CP message as it appears to a Samsung user

The message tricks users into accepting malicious settings that can, for example, route all their Internet traffic through a proxy server owned by the attacker and enable the attacker to read emails.

Samsung phones are the most vulnerable

Researchers found that certain Samsung phones are the most vulnerable to this form of phishing attack because they do not have an authenticity check for senders of OMA CP messages. The user only needs to accept the CP and the malicious software will be installed without the sender needing to prove their identity.

“Given the popularity of Android devices, this is a critical vulnerability that must be addressed,” said Slava Makkaveev, Security Researcher at Check Point Software Technologies. “Without a stronger form of authentication, it is easy for a malicious agent to launch a phishing attack through over-the-air provisioning. When the user receives an OMA CP message, they have no way to discern whether it is from a trusted source. By clicking ‘accept’, they could very well be letting an attacker into their phone.”

Huawei, LG, and Sony phones do have a form of authentication checking, but hackers only need the International Mobile Subscriber Identity (IMSI) of the recipient to ‘confirm’ their identity.

Attackers can obtain a victim’s IMSI in a variety of ways, including creating a rogue Android app that reads a phone’s IMSI once it is installed. The attacker can also bypass the need for an IMSI by sending the user a text message posing as the network operator and asking them to accept a pin-protected OMA CP message. If the user enters the PIN number and accepts the OMA CP message, the CP can be installed without an IMSI. 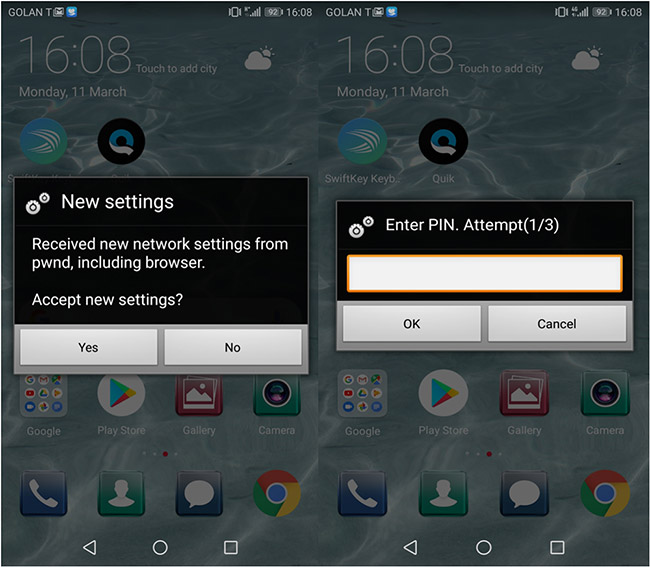 The researchers disclosed their findings to the affected vendors in March 2019: