The healthcare industry has been overwhelmingly targeted by Trojan malware during the last year, which increased by 82 percent in Q3 2019 over the previous quarter, according to Malwarebytes. 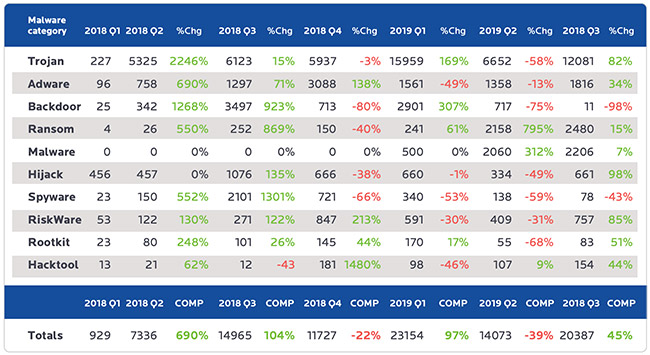 The two most dangerous Trojans of 2018–2019 for all industries, Emotet and TrickBot, were the two primary culprits. Emotet detections surged at the beginning of 2019, followed by a wave of TrickBot detections in the second half of the year, becoming the number one threat to healthcare today.

Due to aging infrastructure, low IT budgets and a wealth of personally identifiable information (PII), healthcare institutions are becoming prime targets for cybercriminals.

“Healthcare is vital to our population, industries and economy, which is why it’s an especially concerning industry to see targeted by cybercriminals,” said Adam Kujawa, Director of Malwarebytes.

“Emotet, TrickBot, exploit, and backdoor detections targeting healthcare organizations are known to drop ransomware payloads later in their attack chains. For too long, these organizations have suffered due to antiquated equipment and underfunded IT departments, making them especially vulnerable.

“We should be arming healthcare now with extensive security measures because this pattern suggests that ransomware is looking to penetrate healthcare organizations from several different angles.”

Top attack methods for healthcare networks in the last year 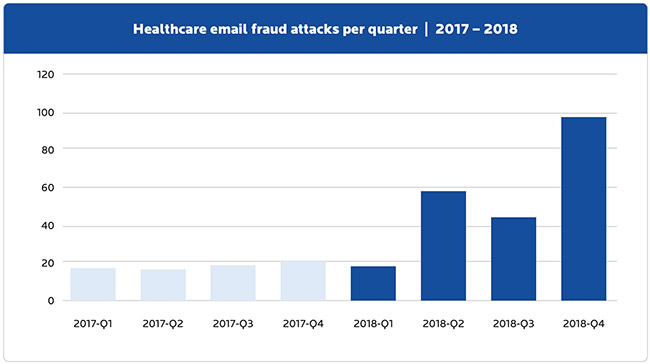 Of the four regions of the United States, the West’s healthcare institutions were most targeted by malware, leading the pack at 42 percent of total US detections. The Midwest was not far behind at 36 percent. The South and Northeast had far fewer detection percentages at 15 and 7 percent, respectively.

The consequences of a cybersecurity breach in healthcare can be especially daunting. Patient data can be exposed, and worse, lives jeopardized, as critical equipment and information may hang in the balance during an attack.

For this reason, it is especially crucial that healthcare institutions work to upgrade their security posture, train and retrain employees, and establish and practice protocols in the event of an attack.

As new technological innovations are introduced in healthcare, it will become increasingly important to consider security in product or platform design, rather than trying to add it as an afterthought.