If you’re interested in penetration testing and digital forensics, you know that Kali Linux is worth a try. And if you’re already doing it, chances are good you are already using it.

We talked to Jim O’Gorman, Chief Content and Strategy Officer at Offensive Security (OffSec), about the direction in which the development of the open-source distro is headed. 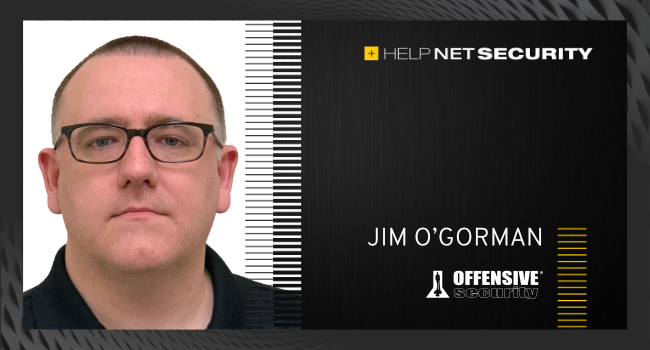 [The answers have been edited for clarity.]

Kali Linux keeps growing and improving. How much does user feedback influence where you want to go next? What do users want the most?

There is a lot of overlap between those two questions, but realistically they are separate and distinct items. However, by getting them both right on a single platform, we create an environment where people can train, study, and learn, but also use the same platform for real-world efforts. In essence, it means that you train like you fight.

The answer to the first question is driven by input from the Kali and OffSec teams. As infosec professionals ourselves, what are the things we run into on a day-to-day basis and how do we make our life easier by ensuring the toolset is of the highest quality possible? We also work closely with OffSec’s pentesting team.

We also listen to input from other Kali users. Kali is a totally open-source project and anyone and everyone can pitch in and contribute. And they do! If you wish a tool to be included in Kali, package it and submit it! If you wish a configuration worked a certain way out of the box, modify the package and submit the change. It’s very direct and easy to do, and it is in our documentation. Anyone – regardless of their background – can play a part.

The second way users influence development is through bug reports, feature requests, and conversations on OffSec’s Discord and other social media. The Kali team is out there as part of the infosec community – talk to us and let us know what you are seeing. Also, when possible, we will set up private conversations with large organizations that use Kali to get a feel for their unique needs.

The answer the second question – How to make Kali the best possible platform for training? – we work very closely with the OffSec content development team to find out what tools they are using for training, what sort of default environment works best for learners, and what we can do in Kali to support general education efforts.

Surprisingly, even though Kali is built for advanced information security work, it is often the first Linux many users ever use. So we are careful with the design of Kali to ensure that it is approachable. We want to ensure that you don’t have to be a Linux professional to utilize Kali successfully in OffSec courses.

What’s your vision for Kali Linux in the next 12 months? What areas need polishing?

The changing of attack techniques over time does not impact Kali as much as you might think, as techniques are more often than not implemented in tools and scripts. While the tools and scripts change, Kali Linux as a platform to launch them does not have to change much. The closest item to this is expanding Kali to run everywhere. Our goal is to put the Kali toolset as close as possible to you no matter where you are.

Kali installed on bare metal, Kali in a VM, Kali in containers (Docker & LXC), Kali on WSL, Kali on various ARM devices such as Raspberry Pi, Kali in a cloud instance such as AWS and Azure, Kali on your Android phone or tablet – we even have Kali running on a watch! No matter where you are or what your needs are, we want Kali to be easy to access and run.

Kali is primarily gered towards pentesting and red teaming, but we are looking at expanding into other areas of information security as well.

Kali Linux comes with a myriad of tools. What’s the process for including or removing a piece of software? What tools are used the most?

What tools run in Kali is really a matter of input from the team, community, and OffSec. Our goal is to have the most frequently used and important tools installed and working out of the box. Other common tools are installed quickly and easily with a single command.

We add new tools based on the answers to a number of questions: What functionality does the tool provide and is it unique or different enough from functionalities of other tools? Is the tool going to be maintained and updated over a reasonable period of time? How functional is the tool? It is a wrapper for another tool? Does the developer have a positive reputation?

If a tool stops being updated and stops working, we’ll try to work with the author. If they are unresponsive and the effort of maintaining the tool becomes too complex, we document this and then often remove it.

We get a lot of input from the OffSec pentesting team on what tools they are using in the field today, as well as the OffSec content developers on what tools are being used as part of the courseware. The idea is to have all the tools used in OffSec coursework out of the box to keep things easy for students.

Do major software development trends influence your approach to enhancing Kali Linux? How do you prioritize features?

When prioritizing features, we look at what is needed at the current time. We release Kali in quarterly updates so that dictates our development cycle. Each cycle we look at what is happening in the industry, where the gaps are, and determine what to prioritize.

On this front, there is a lot to balance. Everything from the distribution of Kali, installation, user experience, tools, stability, so on and so forth. It’s a full operating system and a small team so we have to pick and choose what goes into it, we can’t do everything each cycle. Again, input from the community and OffSec sets the priorities.

There’s been a lot of buzz around AI lately. Do you expect AI to play a role in future Kali Linux versions?

As Kali is a base OS, not right now. For tools that run in Kali, perhaps in time. As soon as the tools are there we will add them into Kali if they are any good. But there are also always fad trends so we tend not to get over-excited about them until they start to actually deliver results.

We have seen demonstrations of tools being developed with some of the PoC which have been creating some buzz, but as they are not ready to be released we are a ways off from this yet.