McAfee unveiled two survey reports which reveal the level of disconnect that exists between generations over how safe mobile devices are and how vulnerable consumers are to threats on those devices. 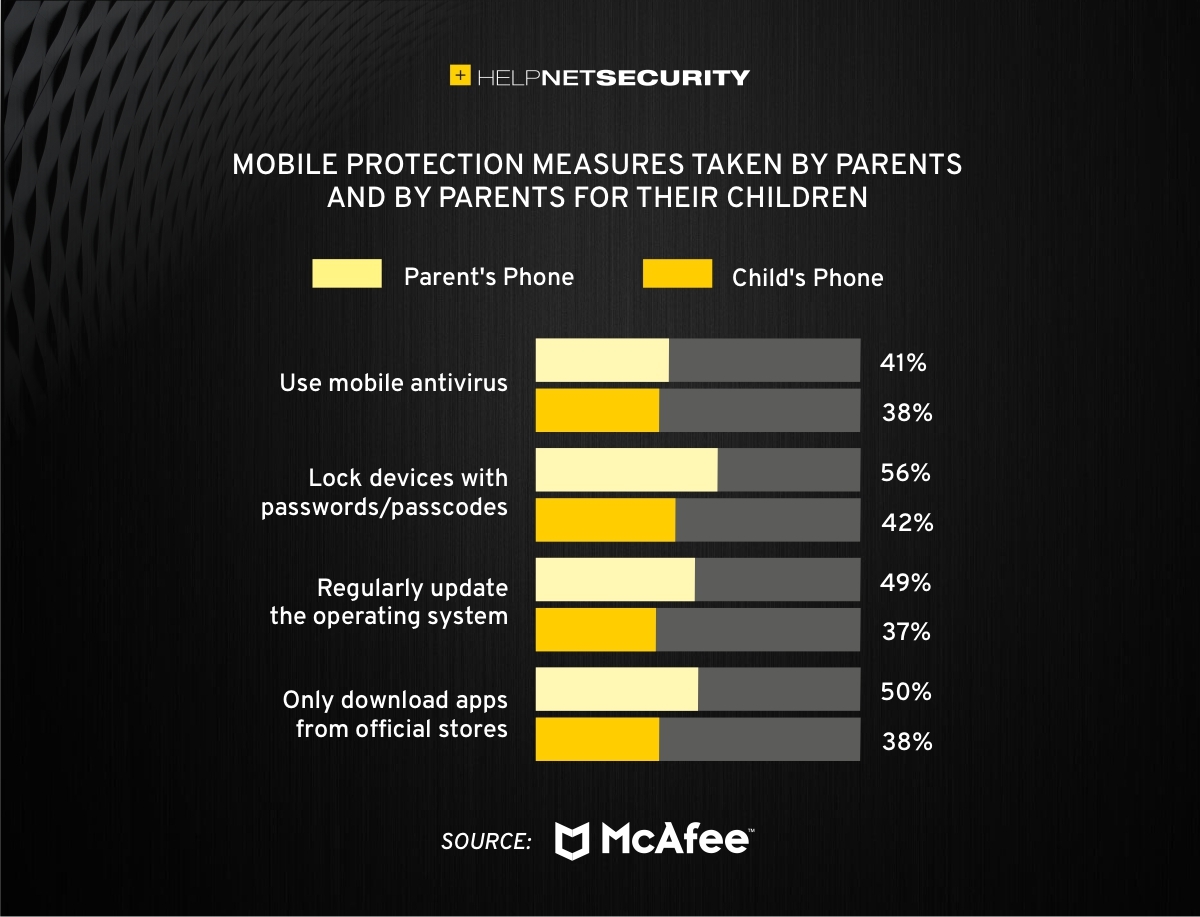 “Meaningful protection is a personal right for consumers, whether they are connected families or individuals,” said McAfee EVP, Chief Product and Revenue Officer, Gagan Singh.

“The common thread linking these two research offerings are that consumers value protection of their data, privacy, and identity. As our use of mobile devices rapidly increases, we must remember that a mobile device is a connected device, just like a computer.”

Different generations’ mindset over how safe mobile devices are

In this report, parents and children were surveyed about their mobile behaviors, to uncover how children are using mobile devices and where their actual behavior differs from their parents’ assumptions, a new area of research in the industry that includes crucial perspective from children. Key findings from the research show:

While consumers understand their desktops and laptops need protection, awareness of the need for protection of mobile devices has not kept pace.

Parents protecting their progeny (or not)

Parents demonstrate greater focus and action around protecting young children and teen girls on their mobile devices, as compared to boys of the same age, leading to hidden risks for boys, particularly younger boys who report higher instances of harm. Specifically:

While family members nearly all rely on mobile devices, how they use those devices differs greatly by gender.

This is even true for the gaming arena in the U.S., in which 57% girls 10-14 report gaming on mobile devices, compared to 52% of boys the same age.

The report focuses on some of the newest techniques that cybercriminals are using to trick or defraud consumers in growing numbers.

Mobile smishing (SMS + phishing) attacks are using personalized greetings in text messages that pretend to be from legitimate organizations to appear more credible. These messages often link to websites with authentic logos, icons, and other graphics, prompting the user to enter personal information or download an app. Once downloaded, these apps steal personal information, contacts and SMS messages from consumers devices. Stolen contacts are used to fuel cybercriminal campaigns, expanding their network of targets.

Cheat codes and hacking apps are popular ways to get extra capabilities in mobile games. Criminals are exploiting this by adding malicious code to existing open-source apps and promoting them on legitimate messaging channels. If installed, the malware steals account credentials for social media and gaming accounts.

The cryptocurrency market is particularly ripe for mobile device attacks, with cybercriminals deploying phony apps that promise to mine coins in the cloud for a monthly fee, promising monetary payouts to the subscriber. The catch is that they take the user’s money, but do not actually do any mining or increase the value of the subscriber’s wallet.

Fake it to make it

Cybercriminals are using personal information and high-quality graphics to make their malware look like legitimate apps. Hundreds of these apps promise features such as mobile games or photo editing and are supported by fake five-star reviews. When installed, the apps simply ask for the user’s phone number and verification PIN and use them to sign up for premium text services that direct payments to the criminals.

What can consumers do to protect themselves?