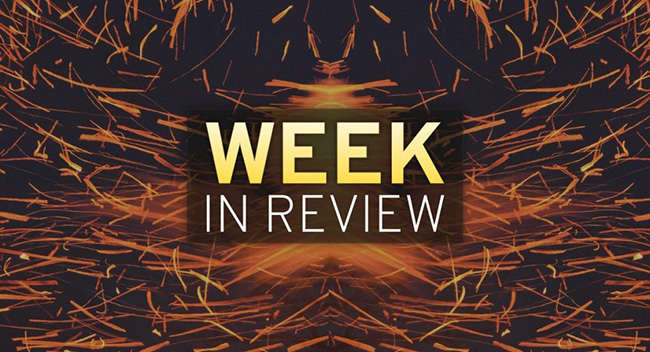 April 2022 Patch Tuesday forecast: Spring is in the air (and vulnerable)
March Patch Tuesday releases followed in the footsteps of February with low numbers of CVEs reported and resolved, and all updates rated as important except one critical update for Microsoft Exchange Server.

Log4Shell exploitation: Which applications may be targeted next?
Spring4Shell (CVE-2022-22965) has dominated the information security news these last six days, but Log4Shell (CVE-2021-44228) continues to demand attention and action from enterprise defenders as diverse vulnerable applications are being targeted in attacks in the wild.

The Cyclops Blink botnet has been disrupted
The US Justice Department has announced that the FBI has disrupted the Cyclops Blink botnet, which they say was under the control of the Sandworm group – a threat actor that has been previously attributed to the Main Intelligence Directorate of the General Staff of the Armed Forces of the Russian Federation (the GRU).

New and less known cybersecurity risks you should be aware of
In this interview with Help Net Security, Zur Ulianitzky, Head of Security Research at XM CYber, gives insights on new and less talked about cybersecurity risks organizations should look out for, and what should they do keep themselves secure and protected from these threats.

Hybrid threat model: Watch out for the unhappy employee
In this interview with Help Net Security, James Turgal, VP of Cyber Risk, Strategy and Board Relations at Optiv Security, talks about the hybrid threat model, a new approach that leverages social media to launch cyberattacks on organizations.

The CISO as brand enabler, customer advocate, and product visionary
If you’re a CISO today, or have worked for or watched one from afar, you have felt the reality of the goalposts continually shifting over time, and you have experienced some of the tough questions that may not yet be answered.

Utilizing biological algorithms to detect cyber attacks
Phishing, a longstanding cyberattack technique through which attackers impersonate others to gain access to confidential information, has become immensely popular as of late, hitting an all-time high in December 2021, with attacks tripling since the previous year.

What you need to look out for when installing packages from public repositories
In this Help Net Security video, Ax Sharma, Senior Security Researcher at Sonatype, talks about the risks posed by malicious open source packages.

Cybercriminals on Discord: Discovering developing threats
In this video for Help Net Security, Tal Samra, Cyber Threat Analyst at Cyberint, talks about Discord, a platform often used for cybercrime activities, and the possible threats users might come across.

New infosec products of the week: April 8, 2022
Here’s a look at the most interesting products from the past week, featuring releases from ColorTokens, Forescout, Fortinet, IBM, Imperva, Keysight Technologies, and Orca Security.